When It's Time To Create A Mobile App

In 2016, it's absolutely vital for a brand to offer a mobile app. More importantly, it's critical that any released mobile apps are the best they could possibly be. After all, so many other companies are providing mobile experiences that consumers can pick and choose the brands that offer the greatest apps. 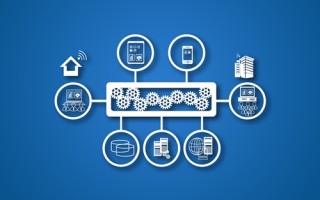 It's time to create an amazing mobile app if your organization hasn't. This is the only way to engage your existing customers and clients as well as attract new ones that have yet to interact with your brand.

But you aren't an app developer. You don't know where to start.

The best place to begin when creating a mobile app is with an economic feasibility report, according to Andy Favell of ClickZ. He explained that one such report contains a detailed list of the pros of offering a mobile app, an analysis of the cost of doing so and a time when you will receive a return on investment for the project. For example, the benefits of a project would be brand awareness, lead generation, more sales, boosted loyalty or getting more customers into stores.

When it comes to cost, you must calculate the price of building and promoting your app-to-be. According to Favell, Magnus Jern, president of DMI International, said that expenses could run as low as free and as high as $50 million, but when breaking it down, it's best to focus on these numbers:

Of course, with external developers, brands have more flexibility, and therefore aren't spending $1,000 every day, but rather on a project-by-project basis. This is an important factor to note when considering the economic feasibility of an app development initiative. Opting for a consulting partner could make a strategy more affordable.

Most brands earn $500,000 with their mobile apps in the first six months.

Then there's the ROI, which can be determined based on the already-outlined benefits of providing a mobile app. Simply put, what is the optimal outcome of offering the app? Favel cited Jern's analysis, which indicated that most brands earn $500,000 thanks to their mobile apps in the first six months after launching them.

Of course, you must also consider the cost of supporting your app. Tools from Xamarin, via certified partners or direct, can help keep that investment as low as possible, as TechTarget explained that it has a variety of add-ons that will allow your company to manage apps throughout their lifecycle.

Citing data collected by Standish Group, a second blog post on ClickZ by Favell reported that around 26 percent of mobile app development projects go over their budgets, are late or have "unsatisfactory" outcomes, while 5 percent of them are never completed. As such, Favell recommended determining the technical feasibility of creating an app: Can your brand handle it and how?

Answering this question might seem easy, but consider what's riding on the success of your mobile app and how you really need to release a five-star app. Most brands simply don't have the skills and technologies in-house that are required to develop a great app. That isn't a knock on some companies, but rather a consistent truth for businesses with other priorities and less than massive developer teams.

Your mobile app creation solution lies in external help and a mobile app development platform such as Xamarin, again offered via those value-add consulting partners. This will ensure that deadlines are met, the end results are optimal and app users are happy. This approach also keeps budgets in check and will help you create and subsequently release your app more quickly – both of which are especially important nowadays.

Writing for Forbes, AJ Agrawal provided some tips for choosing a mobile app software developer. For one, you should always try out some of the apps that firm has created for clients. Look for a success story or two, and then download one of those apps. Next, check out social media for some client testimonials, Agrawal recommended. This way, you'll hear both sides of the story.

Agrawal explained that "agility" and "transparency" are two aspects of mobile app developers that you should keep an eye out for. After all, you want your brand's app to be completed fast, but you also want it created in your vision.

After checking out some developers, including their past experiences, similar projects, agility and technologies, you need to pin down which mobile app development platform best suits your needs. In that regard, you should check out Xamarin. This platform lives in the cloud and provides its users with everything they need to create, launch and support a native mobile app cost-effectively. TechTarget specifically highlighted the Xamarin Test Cloud, which will come in handy when you need to test your company's app on a variety of operating systems and devices and in a number of different end-user conditions.

Creating a mobile app doesn't have to be hard or expensive, and as long as you know where to start when it's time to build your app, it won't be.