What Does The Microsoft-Xamarin News Mean For Brands With Mobile Apps?

Consumers demand apps, and businesses keep supplying them, but many companies are struggling to maintain such a fast pace when it comes to mobile app development. After all, there are a lot of moving parts that must line up perfectly to develop an app in a traditional sense with all the bells and whistles – dedicated native developers, development tools, backend systems, testing environments and more. That is one of the major reasons why brands today are turning to rapid mobile app development. 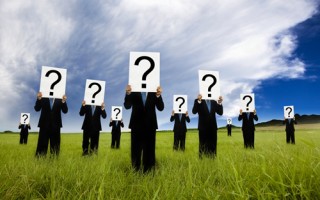 With approaches that entail quickly creating high-performing and great-looking apps, businesses are able to release their apps faster, which means generating a return on those investments sooner. But rapid mobile app development isn't just a strategy. It requires a solution: a mobile app development platform that provides frameworks and APIs for creating custom apps. That tool must also, however, allow developers to code apps that support all mobile device operating systems.

Enter Xamarin. This rapid mobile development platform is invaluable in 2016. It ensures that brands can build, test and support apps throughout their entire lifecycles thanks to a coding language called C#. That code is automatically converted to native code for each mobile OS via a hosted .NET environment. With Xamarin quick cross-platform development gets simpler. Third-party app development firms take advantage of these tools, and the results are great. It's because Xamarin allows developers to create any app they want – Xamarin supports apps, such as JetBlue's, as well as mobile games such as Bastion.

Recently, Microsoft announced that its has agreed to acquire Xamarin. This might sound surprising, but Ars Technica's Peter Bright reported that this partnership has been a long time coming. As the source explained, Xamarin was a spin-off company of Ximian , which originally created Mono – an open source version of .NET. And Microsoft released the first .NET in the 2000s as a way to develop cross-platform apps. Once Xamarin began its life as a tech firm, it started to finish Mono. Therefore, Bright asserted, technically speaking, Xamarin finished what Microsoft started years ago – it's come full circle.

Then, in the past few years, Microsoft and Xamarin partnered to integrate Microsoft's Visual Studio with the rapid mobile development platform, Bright wrote. In 2014, the relationship grew strong when Microsoft made .NET partially open source, giving Xamarin better support for .NET. So, historically, the partnership between Microsoft and Xamarin has yielded good results.

In that regard, many industry experts think that the acquisition is promising. More importantly, it reflects how important cross-platform mobile app development really has become. Microsoft understands that app development must improve across the board, and it wants to be in on the ground floor of innovation. WIRED's Klint Finley supported that thinking, clearing the air around what exactly this acquisition means for the underlying Xamarin platform and other backend services. The good news, Finely explained, is that this wasn't a case of absorbing key players from Xamarin and throwing away the rest – a process known in the industry as "acquihiring."

"This is definitely not an acquihire," Scott Guthrie, executive vice president of Microsoft's cloud and enterprise group, told the source. "There are more than 300 people on the Xamarin team. We very much view this acquisition as an opportunity to take what they've built and make it a core part of our strategy."

The impact of it all

Therein lies the question for many brands looking into Xamarin right now as a solution for mobile app development. If these companies already have a plan to leverage the platform with help from a third-party development, will anything change? No, but also yes.

For one, out of this deal, Microsoft gets some benefits, yet the acquisition isn't likely to change Xamarin or mobile app development for a while. For ZDNet, Forrester Vice President and Principal Analyst Jeffrey Hammond and Principal Analyst Michael Facemire wrote that the mobile backend as a service aspect of Xamarin could soon live on Microsoft's Azure public cloud service infrastructure.

When it comes to businesses that want to use Xamarin, the Forrester analysts asserted that this acquisition makes the mobile development platform more attractive. Now, "mainstream buyers" have no reason to be concerned about using a cloud service from a smaller provider, they argued, and since few mobile developers "are comfortable with the current status quo," they now have a great option.