Twitter is the 14th most visited website in the world with five hundred fifty four million seven hundred and fifty thousand(554,750,000) active users, this as you can imagine means that there is huge pool of candidates that recruiters are ignoring. However like most things starting to use Twitter as a recruiting tool isn't going to lead to instant success. Patience is a virtue, and building a valuable Twitter network may take some time. The aim would be to create a vibrant community that is based around your companies Twitter page. Once you manage to do this you will have the ability to reach people who are interested in your company instantly, with your tweet appearing on their smartphones as well as desktops. You also gain access to passive candidates who may not be actively looking for a job. Your tweet may however peak their interests and could even entice them to remove themselves from their comfort zone of the familiar. 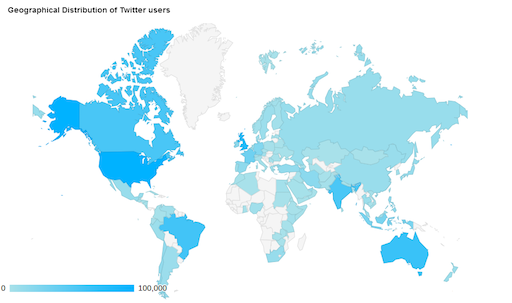 The quality of candidates on Twitter may often be questioned in comparison to other more business centric social media sites like LinkedIn, however you can flip this idea on its head quite easily. Twitter gives you access to a potential candidates tweets, who they follow and their interests. In other words Twitter allows you to see who the applicant is rather than who they are trying to portray. LinkedIn since it is very business conscious is also very refined as most users understand that they have to present themselves well and therefore try to hide certain aspects of their personalities and lives. The candidates you may find on Twitter have also been pigeonholed as millennials. People believe that they're too young and often inexperienced candidates. This is quite simply untrue and it has been argued that the people who are on Twitter are people who are comfortable with innovation, creative and collaborative work, and new and creative ways to get their job done. These type of people are especially suited to start-up businesses. As well as this Twitter itself is free and the only cost of creating and developing your companies Twitter brand is the cost of time spent developing the community.

Developing a strong presence on Twitter can have huge benefits for a company but there are certain guidelines that you should stick to in order to not just be that company shouting in the corner while no one is paying any attention to them. Let's begin with the obvious  make sure that your tweets aren't protected. You need to reach as large of a network as possible and protected tweets won't allow that. You can also use hashtags to help you tweet meet the maximum number of people as possible. However you shouldn't use a great deal of hashtags as this may make your tweet look like spam, also you need to ensure you fully understand what the hashtag that you wish to use means. Certain hashtags may have historically bad connotations and you will want to avoid those. Another obvious hint is to ensure that you don't neglect your Twitter page. You need to tweet regularly, not just tweeting about your open jobs but also sharing information about the company and what you goals are. Twitter is also a great way to promote the philanthropical events that your company may have taken part in. Twitter is great for public relations.

This leads nicely to my final point you need to ensure that you interact with your followers. Answer their questions, retweet relevant tweets, and always remember that at this point of the process they're interviewing you. They are trying to learn about your business culture. So you have to show them that your business is the best place they could even wish of working. And you have to do it in 140 characters, Good Luck.