'Tis the season for mobile shopping. According to TechCrunch, which cited data from Adobe, consumers used their mobile devices to spend $1.5 billion in only two days at the beginning of the holiday buying spree. Additionally, 54 percent of all Black Friday traffic came from smartphones and tablets, and individuals completed over a third of their transactions on those same devices. As the new year approaches, mobile shopping will continue to dominate the retail industry. 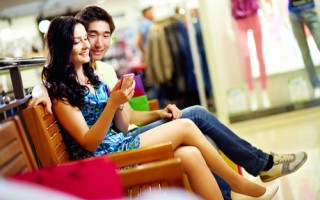 46.7% of commerce traffic comes from smartphones.

Into 2016, there is no reason to suspect that consumers will abandon their new, more efficient methods for finding deals and completing purchases. TechCrunch explained that smartphones are now the most popular shopping channel, pointing to an IBM report that said 46.7 percent of commerce traffic - throughout the whole year - comes from those devices.

Apps are the new shopping tool

More importantly, it seems that consumers love mobile retail apps. SimilarWeb found that since the beginning of the week of Thanksgiving, the biggest U.S. retailers' apps experience a massive spike in use - an average boost of 60 percent more active users throughout "peak shopping season." Meanwhile, Web traffic dropped, which further supports the point that mobile apps are the de facto standard for at least browsing product inventory and hopefully completing transactions.

The modern path to purchase

The bottom line is that today's consumers are using their mobile devices at all points throughout their path to purchase. CNBC reported that the solution for brands is to release mobile apps that give consumers "a tool that enriches their shopping experience." That's because mobile apps now play a critical role in buying, whether consumers are clicking complete transaction or simply searching an app for a price.

Mobile apps cannot just provide a singular function if they hope to remain relevant in the modern commerce market. Instead, they must engage consumers with multiple functionalities that contribute to the entire shopping experience.

Take data from the Interactive Advertising Bureau, for example. This group surveyed a wide range of consumers and discovered that 44 percent of millennials want to read product reviews on their smartphones and 42 percent want to check prices. Meanwhile, older groups - those aged between 35 and 54 years - are more likely to seek out physical store locations and their hours on their smartphones. Apart from those use cases, consumers are likely to use retails apps to redeem coupons or share products with social media.

If anything, the last area to conquer with respect to mobile app use cases is actual purchasing. Re/code reported that many shoppers struggle to buy items or services with mobile apps, as it cited ChannelAdvisor data: Conversion rates on smartphones are half as high as they are on desktops - at 2.16 percent and 5.33 percent respectively. So, while mobile shopping isn't stopping anytime soon, retailers need to make them more useful during the entire customer experience.

In that regard, adding mobile payment capabilities to a retail app could make those apps that much more valuable to consumers during the moment of truth. After all, people are already using apps throughout their journeys, but they're stopping short when it comes to actual transactions.

Companies such as Cumberland Farms have already discovered the benefits of integrating payment features into their retail apps, and if brands want to experience a similar increase in sales and success, then following pre-established strategies is a best bet. To add extra incentive, retailers could also inject their rewards programs into their mobile apps - which Cumberland Farms did as well.

Mobile shopping is modern shopping. As such, retailers must ensure that their mobile apps can offer consumers something at every point of their buying journeys, and the last step is adding payment capabilities.