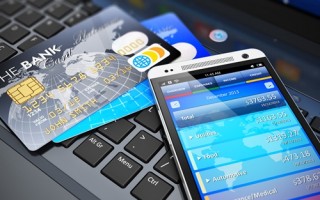 Simply put, despite all the competition in the news, no brand has truly seized the mobile payment app market. This is plenty of room for competition since not everyone is using them yet.

Retale conducted a survey at the beginning of November and found that 64 percent of mobile device owners haven't used a mobile payment app to purchase goods and services in person. However, the firm also discovered that 56 percent of respondents would use one of those apps during the 2015 holiday season.

It's clear that consumers are interested in mobile payments apps, but they haven't found the best one for their needs in 2015. Therefore, any brand could find success in 2016. And if that's not convincing enough for a business, it should consider this: Target plans to launch a mobile payment app in the new year, according to Mobile Commerce Press.

Though the majority of shoppers have yet to use mobile pay, they do see it as an increasingly useful way to pay in-store, particularly during busy shopping periods," said Pat Dermody, president of Retale, in a press release statement. "For retailers interested in bridging the gap between online and offline, mobile may offer a solution.

As millennials get older and more financially secure, they are likely to rapidly adopt mobile payment apps. Or at least that's what Payment Week reported. According to the source, Ernst and Young released a study that identified the majority of consumers using mobile payment apps as "younger, urban and wealthy." Therefore, a retail or banking branded mobile payment app could become a major cultural trend among millennials and city dwellers in the new year.

That said, perhaps the best aspect of the current mobile payment app user base is that they leverage them for all types of transactions. According to Retale, in the first months of 2016, 27 percent of consumers will use these apps for buying food, 24 percent for clothing, 17 percent for gas and 13 percent for electronics.

Current mobile payment app users have the potential to make those tools very trendy in 2016, while the wide number of use cases could help brands get their apps in a lot of different hands.

There is still plenty of room for innovative mobile payment apps and there's definitely space in the market to introduce unique features. Take Walmart's mobile payment service, for example, which uses QR codes instead of NFC chips. Meanwhile, Apple supports Apple Pay on its smartwatch, and according to CNBC, Samsung Pay will allow consumers to pay for products and services on online channels.

For Samsung, moving online could be a smart move," James Wester, research director of global payments at IDC Financial Insights, told the source. "It will help them build customer habit and they can benefit from that when U.S. consumers transact in stores.

Apart from that, brands such as Cumberland Farms have integrated rewards systems into their mobile apps, following the path that Starbucks took to user adoption. While it might sound like everything has been done, this merely suggests that there are still innovative ways to make mobile payment apps more interesting - they just haven't been discovered yet.

Heading into 2016, businesses should start formulating a plan to seize the mobile payment market, as it's clearly ripe for the picking.