Google to Launch "Smart Glasses" by End of 2012

Several outlets such as the New York Times and the LA Times blogs are reporting that, by the end of the year, the masterminds behind Google will start selling "smart glasses" that feature a heads up display. Users who wear the glasses, which are said to be Android based and expected to resemble Oakley Thumps, will see an augmented reality supported by Google's numerous services to get instant information on restaurants, cars, people, or just about anything else that they can look at.

The way that it works, and the fact that it looks and sounds like it was lifted from an 80s sci-fi flick, make it incredibly fascinating. A low-res camera mounted on the front of the glasses will relay information though services like Google Maps, Google Goggles, Google Latitude, and more, and display relevant data on a screen that sits just from your eye.

The sky (or, well, Android) is the limit for what these glasses can be capable of, which made PopSci ponder some of features we'd expect to see:

Overlay Google Maps onto the real world, and navigation becomes effortless. Overlay reviews and menus onto restaurant storefronts as you pass them; overlay nutritional data onto your plate as you eat; overlay purchasing info if you particularly admire your co-worker's new shoes; overlay translations of foreign signage, breaking news, hilarious kittens romping at your feet. 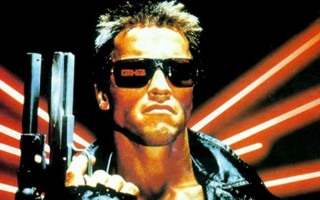 As smartglasses become popular, the world will start to seem naked and inaccessible without a glossy data layer on everything.

Obviously there are privacy concerns that come along with a product that is effectively recording the world around you,  and this wouldn't be the first time Google has been the center of controversy over collecting personal information. However, with reports of the glasses' pricing ranging from about $250 to $600, or about the price of a smartphone, it seems that Google isn't too worried about that issue by making the super shades priced for mass distribution.

With the tech analytics company Ovum reporting that developers  as a whole are already being to favor Android over iOS, it seems that the market for Android developers is poised to see a major uptick as these Google glasses present an alluring opportunity for the nerdists among us.