Mike VanNieuwkuyk, the executive director for Global Auto at J.D. Power Associates feels as though the comfortability of a car far outweighs the dangers it can do to other drivers on the road. In the newer models of the Mercedes Benz cars, a system known as 'Mbrace2' will allow drivers to access Facebook and other web applications on the dashboard of their car. 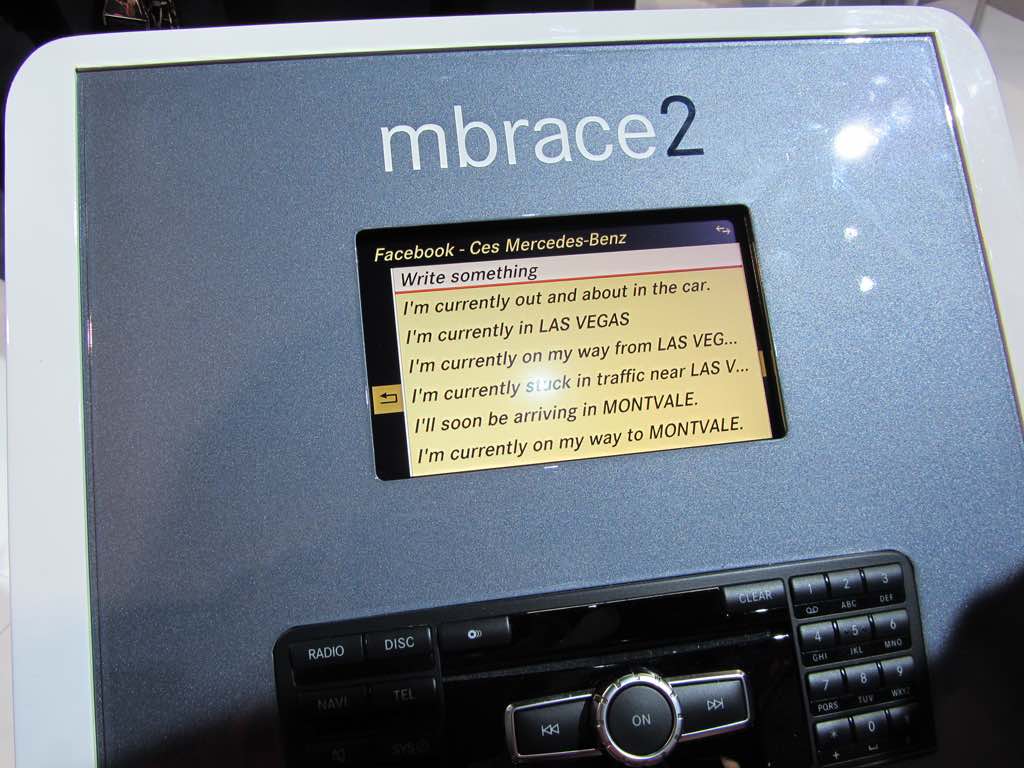 VanNieuwkuyk, stated that "The interior environment is becoming a personalized space for consumers," he told TechNewsWorld. "We spend so much time in our cars these days that we've created a desire that this space to become more comfortable." However, numerous people have argued that updating your Facebook status isn't as important as watching the road. People have taken into perspctive the distraction that it may be to its drivers. Several have stated that with all the distractions that are present on the road today such as texting and cell phone use, adding Facebook to a car isn't benefiting drivers; it's merely hurting them.

The new system was introduced this year in Las Vegas. It works using a 3g network and some of the web applications that can be accessed are Facebook, Yelp, Google, etc.

This idea of introducing apps into your car seems to be a trend that many other popular car brands have caught onto. Lexus, Acura, Honda, and Subaru have decided to hop on board as well, using a different system they will soon be introducing a network or streaming services as well. Companies are taking the opportunity to accommodate the future trends that are among us. However, while these new car systems may give these companies a competitive advantage, it may also be a danger to the road.